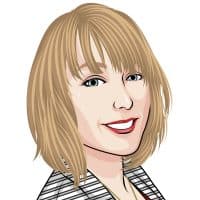 Jen has spent most of her professional life down on the south coast, with 7 years being spent working her way up the ladder at a recruitment firm in Brighton. She carved out a role for herself after spotting an opportunity to improve processes and contract management, and thoroughly enjoyed creating an entire back-end support system from scratch. As much as she loved her time in Brighton, however, she decided she missed her hometown far too much, and relocated back up north to Manchester at the end of 2015.

Since returning to Manchester, Jen has worked in both the finance and event industries. It was in the extra-curricular activities, though, where she found something that truly excited her: networking.

Not one to ever be deterred, she reached out to Sorority Founder Heather across multiple channels in an attempt to receive an invitation to the first ever Sorority get-together. Luckily, Heather answered.

During her time with the gang, she has earned herself a reputation as the girl who will get anyone up dancing, and received the award for “Funniest Sorority Member” at the 2017 Christmas Party.

Jen loves solving problems, putting smiles on faces, and paying attention to the smallest of details.

How to make friends through networking

When you find yourself no longer part of a couple, you can find that you want to meet new people that weren’t part of your previous life. You might not…